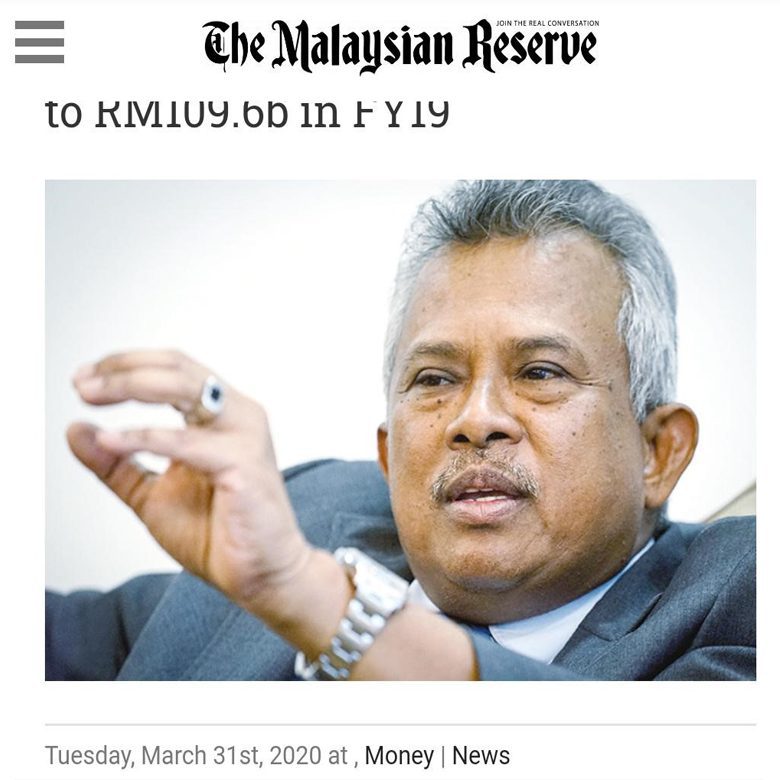 CEO Datuk Rosman Mohamed (picture) said the assets growth is mainly contributed by financing and advances of 2.8% or RM1.96 billion to RM70.97 billion in the year.

He added that the bank’s return on assets (RoA) during the year remained healthy at 1.7%, well above the domestic banking industry’s RoA of 1.6%.

Meanwhile, Bank Rakyat’s profit before tax and zakat stood at RM1.79 billion in FY19, while the group’s net profit stood at RM1.15 billion.

“The steady performance was achieved through higher YoY net income by 3.26%, driven by the growth in core operating income and a lower YoY funding cost by 1.62% from the cut in the Overnight Policy Rate (OPR) in the second half of 2019, as well as ongoing initiatives on increasing current accounts and savings account (CASA),” Rosman said in his speech last week.

He also said the good performance was achieved via strong fundamentals and being focused on core activities despite the challenging environment.

The group continued to be the most profitable cooperative bank and the second-largest Islamic financial institution in Malaysia.

The CASA balances improved significantly at 15.1% or RM870 million to RM6.6 billion for the year, in tandem with the strategy to increase its CASA.

The group noted that despite the intense competition, it continues to benefit from the diversification of portfolios, mainly from home, car and business financing.

Bank Rakyat has announced a 14% dividend with an estimated payout of RM406 million to all its members for FY19.

The group said it will continue to focus on internal alignment, particularly to explore the untapped potential within its businesses and operations in order to create long-term value to shareholders.

Get all latest content delivered to your email a few times a month.